A Message From Brentsville, Virginia

Saving History is a World-Wide Problem

WhatUpHollywood was pleased that part of our article on “Grandma Was a Script Girl” had struck a chord with an historian on the East Coast.  Mr. Morgan Breeden, the Editor-Publisher of Brentsville Neighbors – Preserving Brentsville’s History has had a similar experience in trying to preserve local history.  In the latest issue, which happens to be number 120, Mr. Breeden writes: 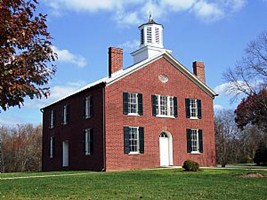 “For the past ten years I’ve been trying to put into words and actions why I feel it is important to preserve the history of Brentsville.  Not only the physical places but the people and events as well. I achieved small success but have never actually felt that there is a lot of heart in what I’m attempting by the general public.  And the reason for the mixed success is probably my approach. I just didn’t have the right message. Then on August 8th, I received an e-mail from Juliet Webster introducing me to an article written by “Uncle Paulie”  in “WHAT UP HOLLYWOOD,” an on-line publication that covers “What’s Happening in Hollywood.”  [See www.whatuphollywood.com]  Normally I’d read something like this with mixed interest and then go on to something more about Brentsville but this one struck a chord that makes me want to share it with you. With his permission, I’m using much of his article verbatim and modifying a little of it to fit my cause.”

A tip of the hat to Mr. Breeden, and we hope he finds and publishes a lot more of the fascinating local history of that area of Virginia.  You can look at his great newsletters by clicking here.  The newsletter is packed with history, check out the story of the Haunted Jail in the current issue.  Julie’s mother Agnes Webster wrote a column of local history back in the 1940s in The Manassas Messenger, which is reprinted in issues of the Brentsville newsletter.

The Challanges of Preservation

I remember talking to a librarian a few years back on the challenges of saving so much memorabilia.  She said “It’s a lot harder today than it was pre-1950.  In the past we had to deal mainly with papers, books, manuscripts, and other written material.  In today’s world, just think of the mountains of stuff that should be preserved:  cds, dvds, film, billions of photos, digital books, audio, and video.  It’s truly overwhelming.”

Millions of Records Lost From Floods and Fire

A lot of the material of the past is being scanned into digital files for preservation.  But that too has its limits and dangers.  Media is constantly changing, computers and storage becoming obsolete in a short period of time.  And who really knows how long a hard drive in a computer, or a dvd, or other tape media will really last?  I have personally had all of it go bad after a few years, and that is why I believe that it is prudent to save as much of the original material as possible, as well as scanning images and text into computers.

I remember reading a classic tale of U.S. Government document hell.  The Army had stored a large portion of their personel files of our troops serving in the Vietnam war in a Washington, D.C. warehouse.  The information was on the old IBM punch cards;  some of the older folks remember those antiquities that dated from World War 2.  (The Germans used IBM’s punch card system to keep track of inmates in their evil concentration camps).  The U.S. government dutifully put the Army records in the basement of a warehouse, which subsequently flooded due to bad water pipes.  The punch cards were ruined, turned into soggy heaps of mulch.  No problem, said one government official, we had microfilmed the punch cards.  I laughed out loud.  Having a microfilm of a punch card is useless.  Who knows what the punched holes even mean?  The massive IBM machines that could run those programs are long gone into the scrap heap, and finding a retired engineer who could run the machine, if you had one, is getting dicey due to old age.  The bottom line is that tens of thousands of records, including medical records, of our Vietnam War G.I.s may be gone forever.  A search for original papers was underway, but I never heard what happened after that.

Then there was the big fire in St. Louis at the Military Personnel Records Center on July 12, 1973.  It was estimated that over 80 percent of Army records of personnel discharged between 1912 and 1960 were destroyed, as were 75% of Air Force records of personnel discharged between 1947 and 1964. The fire was so intense that it took 4 days for it to be declared officially out.  In addition to the fire damage, millions of gallons of water was poured into the building, further ruining anything left.  It should be said that these were mainly the primary paper records, and unfortunately, none had been put on computers or microfilm, with copies stored elsewhere.

A New Definition of Cultural Stupidity 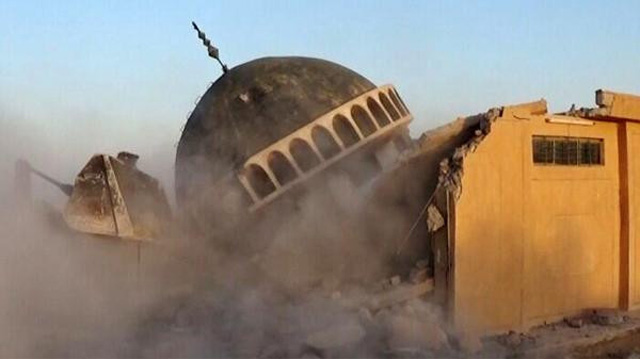 As our technology changes, all the past material has to migrate to the new systems, because leaving it on the old system is to invite disaster.  The destruction of records in recent times has given me new respect for our ancient ancestors, who left their records carved in stone, which has lasted for thousands of years. They knew that neither fires nor floods would likely destroy them.  But even so, none of us ever thought that some modern day thugs would come along and blow up these precious monuments, as is happening today in the middle east.  This might be a new definition of cultural stupidity:  a group obliterating all traces of its own history before it is itself destroyed.

Meanwhile, in the face of all of this, What Up Hollywood is doing its bit to save some scraps of old Hollywood history.  One of our latest projects is working with Herbie J Pilato and his Classic TV Preservation Society.  We are filming his weekly events at the Barnes and Noble store in Burbank, where Herbie presents the stars of classic television and film, live in person.  These events are held every Thursday night and deserve to be supported.  Attendance is free, so tell your friends.  If you can’t make it, then check out the video footage which is posted on youtube, linked through this website.  We all grew up watching television.  It is one of the main media of the 20th and now the 21st century, and is a reflection of a large part of American culture.  We urge you to support Herbie and the Classic TV Preservation Society, you can click here to make a donation to that effort.  We’ll be seeing you on Thursday nights in Burbank!

This entry was posted in General and tagged Brentsville, history, librarians, Memorabilia, VA, What Up Hollywood. Bookmark the permalink.