There has been a lot of talk lately that minorities have been pretty much shut out of Hollywood, especially the Academy Awards.  It has really been obvious that most movies that are the big bread and butter for the industry have been lacking of a presence of African American, Hispanic, Native American, and Asian actors, stories, and awards.  The African American community has been the forefront on this issue, they have the most organized voice and the biggest muscle in the press to get noticed, and recent talk shows, entertainment shows, and web sites have started to discuss this.

There is a wide variety of opinion on this issue.  Some members of the Academy claim that they choose the best actors and movies for awards, and those who are not chosen are just sore losers.  Others, mostly African Americans have claimed that there is a deeper, structural problem at work.  Taking an overall view, this certainly would seem to be the case.  American audiences seem to be so self-involved and arrogant that foreign films, for instance, that have many different ethnic actors, stories, directors, and producers are largely ignored.  This leads to the question, which comes first, the chicken or the egg, meaning which comes first, the appreciative audience or the massive exposure of these films to develop an audience.  Cable and Public Television could be a big help.

There are also, no doubt, many films made right here in the United States that are not considered for one reason or the other, really low budget art films for instance, that might have more exposure to minority participation.  It really seems that the entire Hollywood system is weighted to continuing to churn out films directed toward a young box-office market, and reflecting in its majority of presentations only a white perspective.

Native Americans Ignored More Than Others 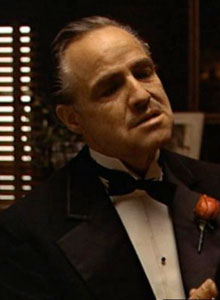 Lost in memory today is the huge controversy that occurred at the Academy Awards back on March 27, 1973.  That night, Marlon Brando got the Oscar for his role in The Godfather.  It was the culmination of a tremendous come-back for Brando, and would probably have been one of the highlights of his life.  But Brando did not show up to the ceremony, he boycotted the event, shocking everyone.  In his stead, he sent Sacheen Littlefeather, who did not accept the Oscar, but attempted to read a statement from Brando, that was considered a slap in the face to the old boys who had run Hollywood since the beginning.  But it was a wake-up call, because Brando was aware of what the Native American community had been suffering for years, and today would be a good time to re-read his statement of 43 years ago, and to realize that not much has changed either in society or in the tight old-boy world of Hollywood.   Here’s Brando’s entire statement:

BEVERLY HILLS, Calif. — For 200 years we have said to the Indian people who are fighting for their land, their life, their families and their right to be free: ”Lay down your arms, my friends, and then we will remain together. Only if you lay down your arms, my friends, can we then talk of peace and come to an agreement which will be good for you.”

When they laid down their arms, we murdered them. We lied to them. We cheated them out of their lands. We starved them into signing fraudulent agreements that we called treaties which we never kept. We turned them into beggars on a continent that gave life for as long as life can remember. And by any interpretation of history, however twisted, we did not do right. We were not lawful nor were we just in what we did. For them, we do not have to restore these people, we do not have to live up to some agreements, because it is given to us by virtue of our power to attack the rights of others, to take their property, to take their lives when they are trying to defend their land and liberty, and to make their virtues a crime and our own vices virtues.

But there is one thing which is beyond the reach of this perversity and that is the tremendous verdict of history. And history will surely judge us. But do we care? What kind of moral schizophrenia is it that allows us to shout at the top of our national voice for all the world to hear that we live up to our commitment when every page of history and when all the thirsty, starving, humiliating days and nights of the last 100 years in the lives of the American Indian contradict that voice?

It would seem that the respect for principle and the love of one’s neighbor have become dysfunctional in this country of ours, and that all we have done, all that we have succeeded in accomplishing with our power is simply annihilating the hopes of the newborn countries in this world, as well as friends and enemies alike, that we’re not humane, and that we do not live up to our agreements.

Perhaps at this moment you are saying to yourself what the hell has all this got to do with the Academy Awards? Why is this woman standing up here, ruining our evening, invading our lives with things that don’t concern us, and that we don’t care about? Wasting our time and money and intruding in our homes.

I think the answer to those unspoken questions is that the motion picture community has been as responsible as any for degrading the Indian and making a mockery of his character, describing his as savage, hostile and evil. It’s hard enough for children to grow up in this world. When Indian children watch television, and they watch films, and when they see their race depicted as they are in films, their minds become injured in ways we can never know.

Recently there have been a few faltering steps to correct this situation, but too faltering and too few, so I, as a member in this profession, do not feel that I can as a citizen of the United States accept an award here tonight. I think awards in this country at this time are inappropriate to be received or given until the condition of the American Indian is drastically altered. If we are not our brother’s keeper, at least let us not be his executioner.

I would have been here tonight to speak to you directly, but I felt that perhaps I could be of better use if I went to Wounded Knee to help forestall in whatever way I can the establishment of a peace which would be dishonorable as long as the rivers shall run and the grass shall grow.

I would hope that those who are listening would not look upon this as a rude intrusion, but as an earnest effort to focus attention on an issue that might very well determine whether or not this country has the right to say from this point forward we believe in the inalienable rights of all people to remain free and independent on lands that have supported their life beyond living memory.

Thank you for your kindness and your courtesy to Miss Littlefeather. Thank you and good night.

This statement was written by Marlon Brando for delivery at the Academy Awards ceremony where Mr. Brando refused an Oscar. The speaker, who did not have the time to read the statement was Sachheen Littlefeather. Click below to see the very humble, loving presentation that Ms. Littlefeather made: 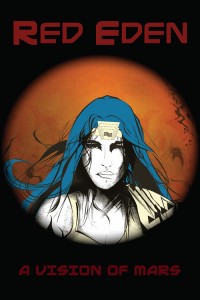 Over the Christmas holidays an unusual graphic novel was published that featured Native Americans.  The story, called “Red Eden” looks into the future and postulates that the Native Americans levereged their casino revenue and became technologically proficient and got to the planet Mars, which they “terraformed” into a paradise.  Every thing was going well for a while, but back down on earth, which had become polluted, corrupted, and suffering governmental collapse, a group of thugs and criminals escaped the dying planet and headed for Mars, to take the paradise away from the courageous Native Americans now living there.  The story follows a young Indian woman who is coming of age during all this chaos.  Will history repeat itself?  Or will the Native Americans fight off an invasion of thugs and continue to live on their peaceful planet?  That’s the story line for a ground-breaking graphic novel that explores a lot of the past issues and gives attention to the past treatment of Native Americans in the United States.

The question is how serious is the chance of a major studio picking up this story, and in fact does any production company have the guts to do a project like this?  One of the writers on the book, Greg Simay, claims that it is appealing to a young female audience as equally as it appeals to a young male audience, which is important to filmmakers who are always trying to target their biggest box office supporters.  The story is somewhat controversial in many ways, but since it is science fiction, it has a chance to break through the Hollywood establishment that has ignored the real story of the American Indians and given such shoddy, disrespectful treatment of them that watching some of the old “cowboy and indian” films today is painful for many folks.  Marlon Brando’s 1973 speech seems more true today.  Hollywood has sporadically done the right thing and brought up social and racial issues, especially for African Americans, but it has not been an across the board effort.  Author – publisher Simay says that he has had some interest from Hollywood, but nothing firm.  It’s beyond past time for Hollywood to put its magic into telling great stories about everyone, including Native Americans and certainly African Americans.  One of the films up for an award is The Martian, about the rescue of one, lone white dude on a failed Martian exploration.  Much more dramatic would be the fate of an entire Civilization on Mars, especially if it were Native American.

There is great talent in the Native American and African communities that are waiting to be tapped.  Is Hollywood up to the task?  The Oscars are almost upon us, and this is a controversy that is not going to disappear.

Click Here to go to the Mars Red Eden site.