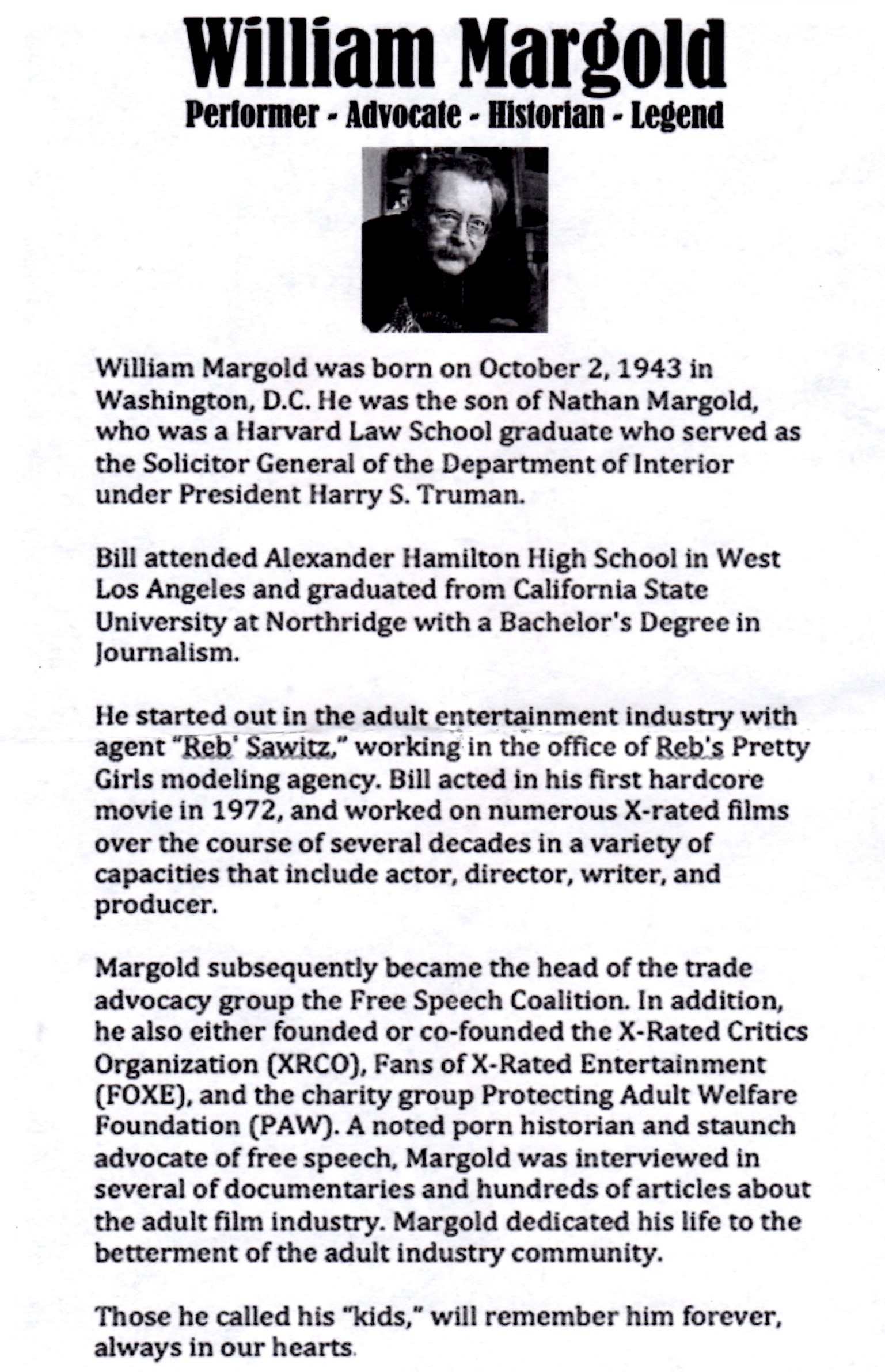 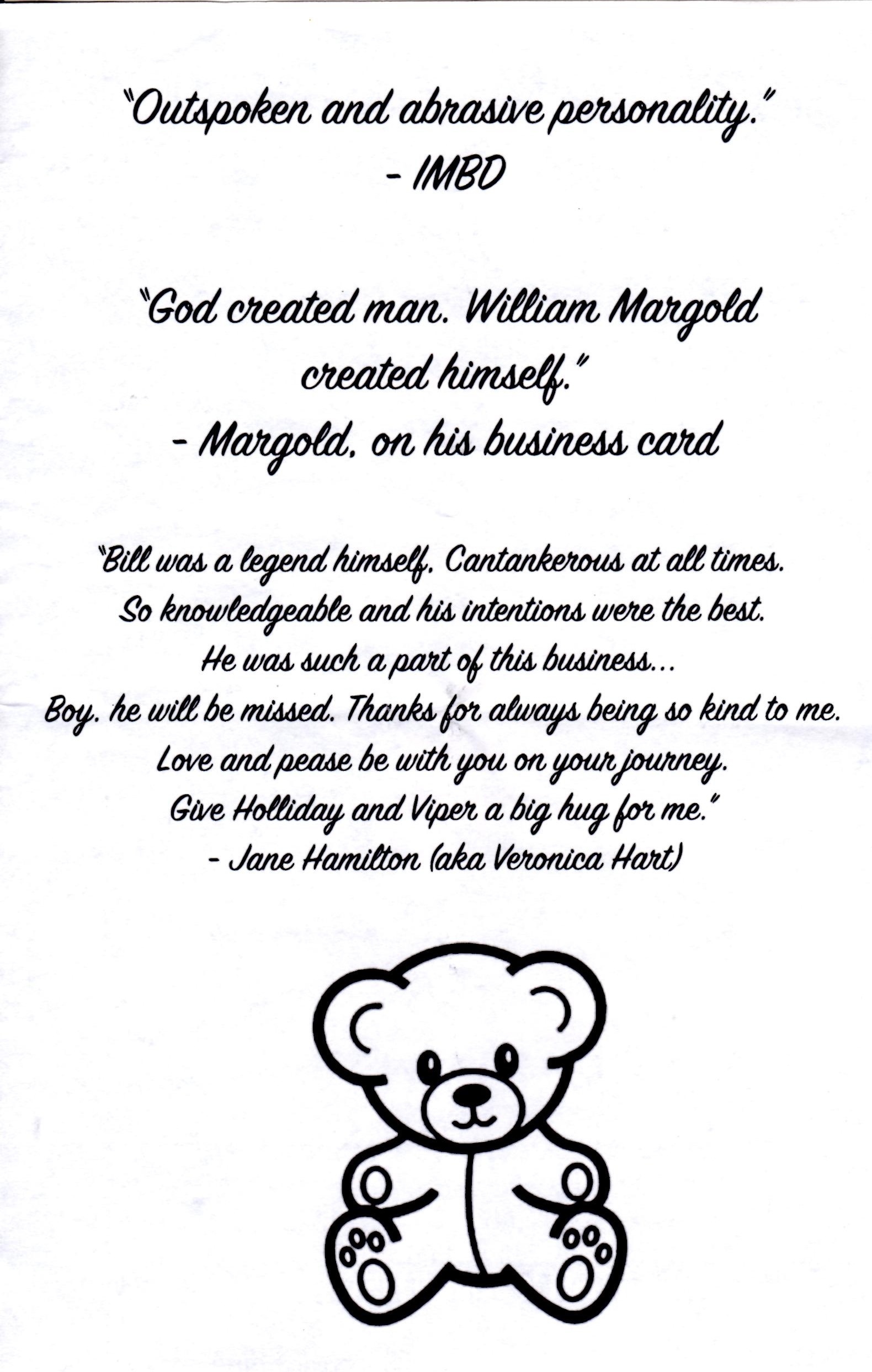 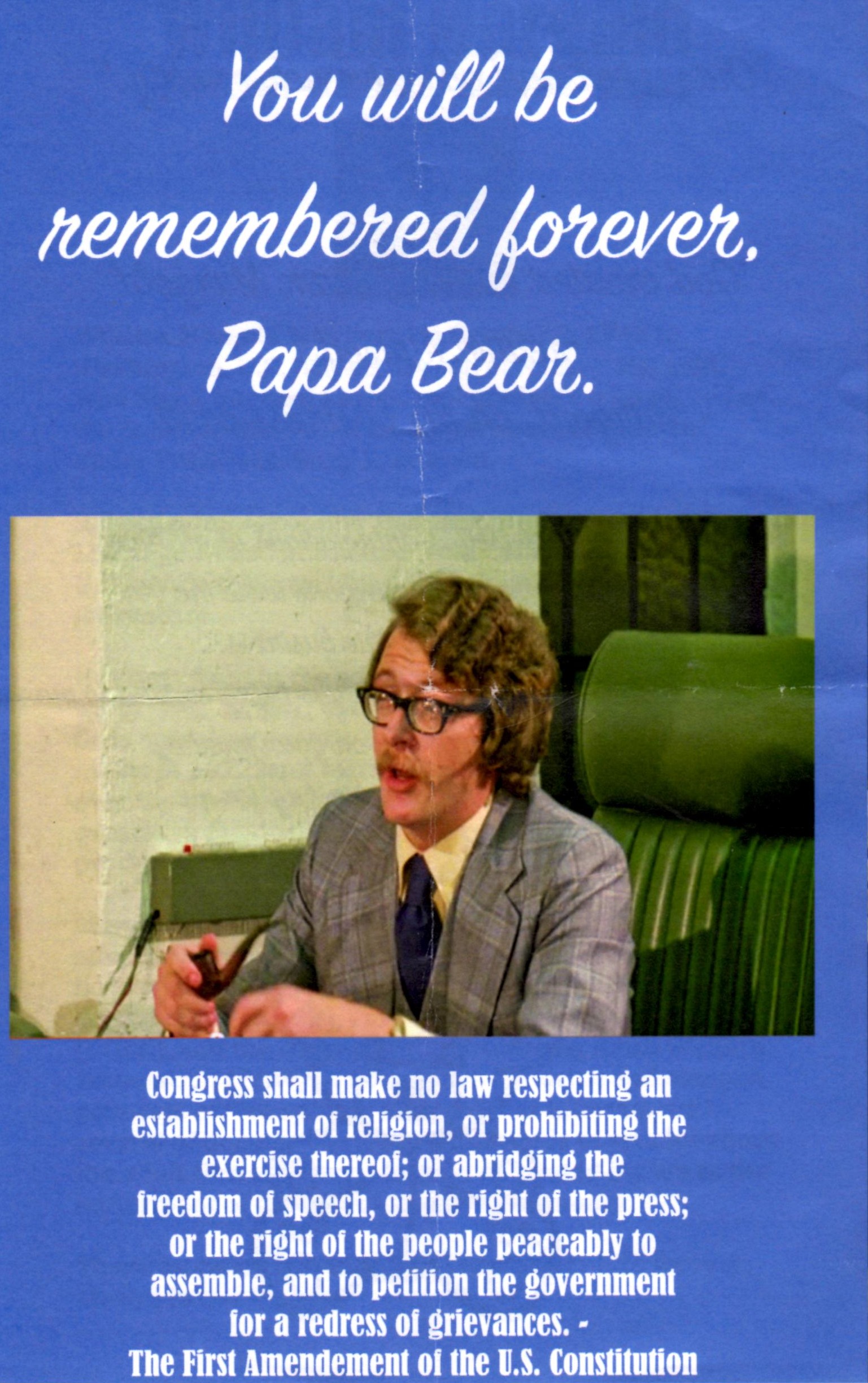 Bill Margold was a long time columnist for the L.A. Express.  Until recently he always had the back page of the newspaper, reviewing films, including most of the new x-rated films. We filmed Bill at Larry Edmunds Book Shop in Hollywood some time ago during an event centered around some of the Hollywood gals who were pioneers in the adult film industry. You can see the article and video link, click here.  Bill asked questions and talked about some of his experiences toward the end of the tape. He was a warrior for the First Amendment, and I wish he had written a book about his experiences.

Bill and I were both in Hackin Jack vs. the Chainsaw Chick, a 3-D comedy horror film that is still unreleased, although it has won awards at 3-D film festivals.  You can see the trailer at www.hackinjack.com, or click here.  Bill was an accomplished actor, with 179 credits on IMDB.  Many of his roles were on X-rated or adult films.