An old photo album I found at a local Thrift Shop had some interesting historical photos, including a nice shot of the old Boulevard Theater at Washington and Vermont.  The Theater opened in 1925 and had a long run.  In the 1950’s the stage was turned into offices for  Fox West Coast.  It was sold to Thriftimart in 1960 and was demolished in the mid-80’s.  The movie playing on the marquee was This Time for Keeps with Esther Williams, which would date the photo to 1947.  The site today is a shopping center with a drug store. 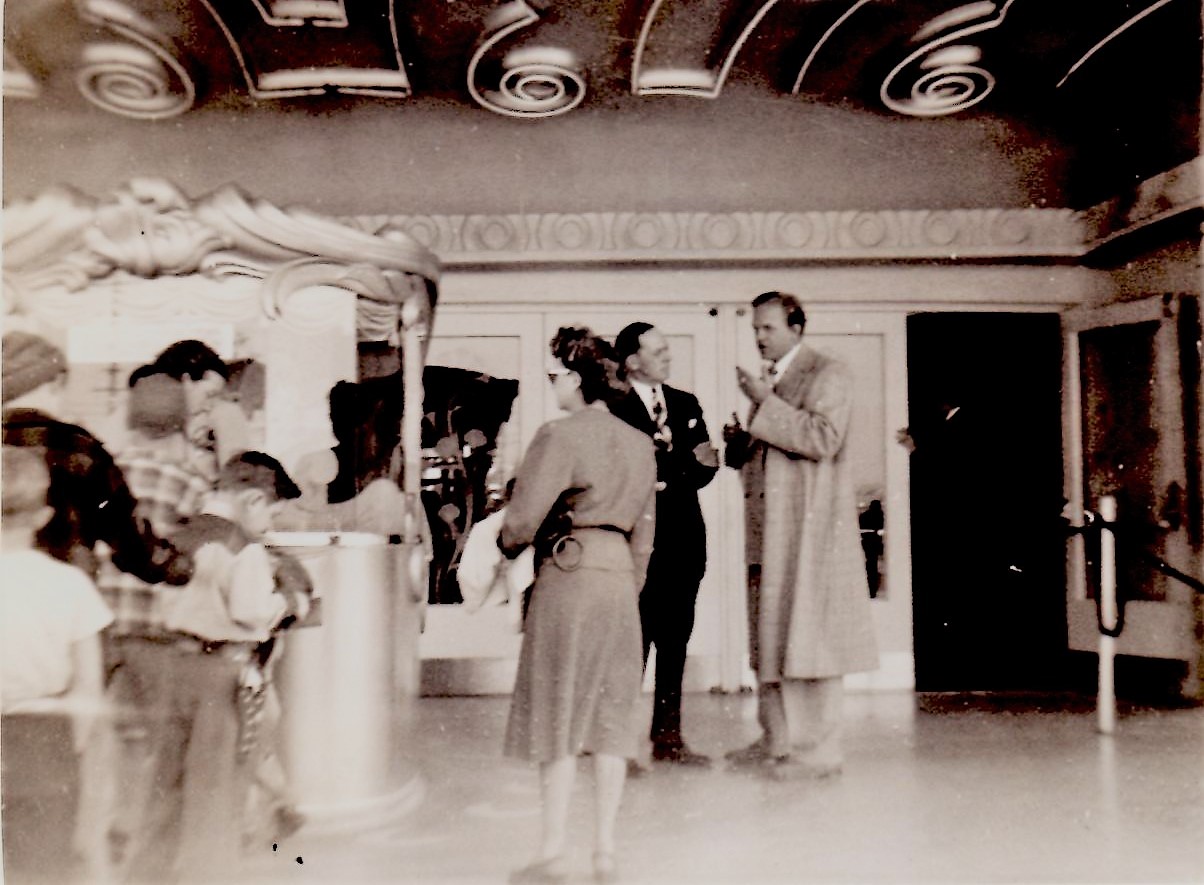 Another photo of the Boulevard.  I would guess that the photos were taken on a Saturday, notice the kids.  The man on the right is Johnny Strong, an actor.

This photo, also taken at the Box Office Lobby area is interesting because the guy in front, possibly with his son, is bending over and behind him on the side window of the Box Office is a poster advertising “Hurricane Tommy Tucker”.  It says he is the World’s Wonder Voice, and will be imitating Woody Wood Pecker, Donald Duck, and the Famous Tarzan Yell among others.  This is a live performance, along with cartoons and movies.  I haven’t yet been able to find out anything about Tommy Tucker, maybe some readers could help on this. 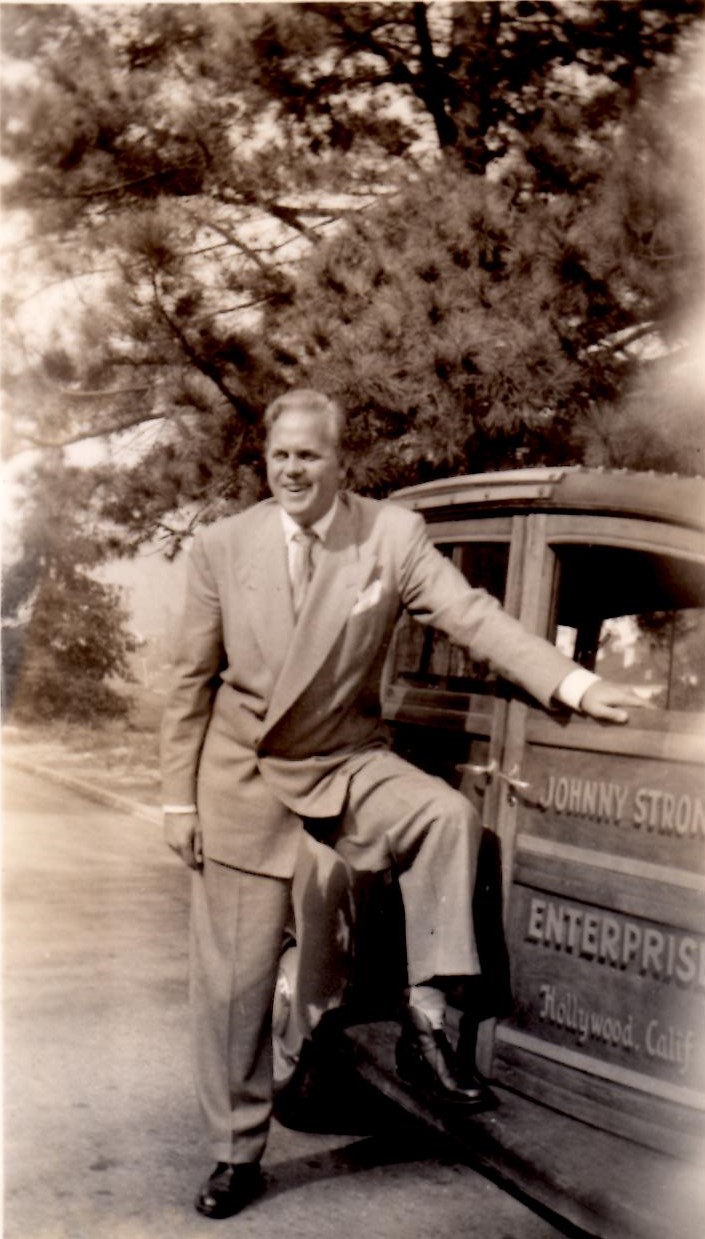 This cool photo shows actor Johnny Strong posing with his “Woody” car, which says “Johnny Strong Enterprises, Hollywood, Calif.” painted on the side.  I have no idea what his business was, there’s no notation on any of the photos unfortunately. 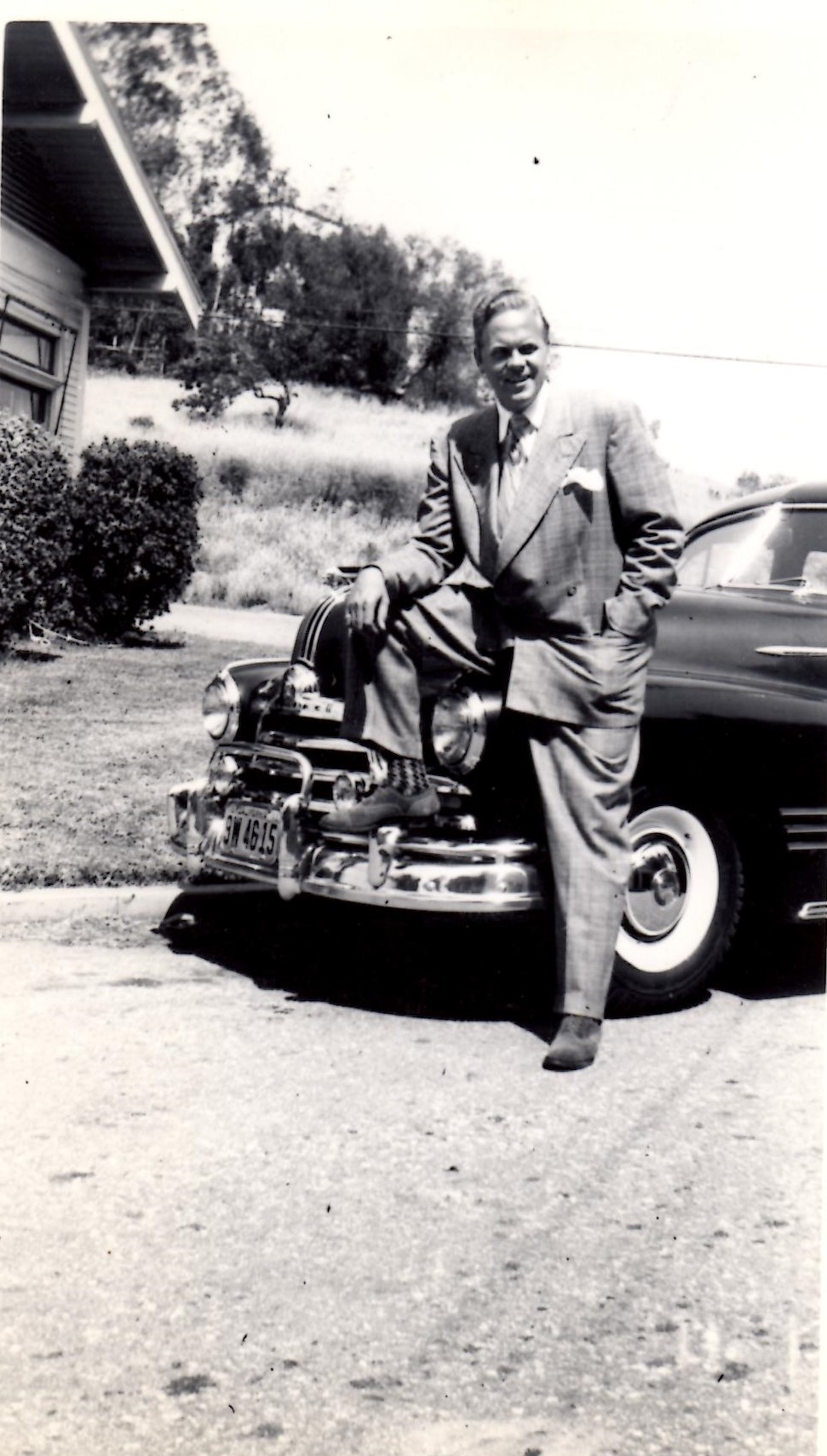 Another photo of Johnny Strong.  IMDB shows him as an actor in 7 movies, mostly uncredited parts.  Only one photo could be found, his photo in The Falcon in San Francisco.  He was born in 1920 and died at 71 (1992) in Yucaipa, CA. 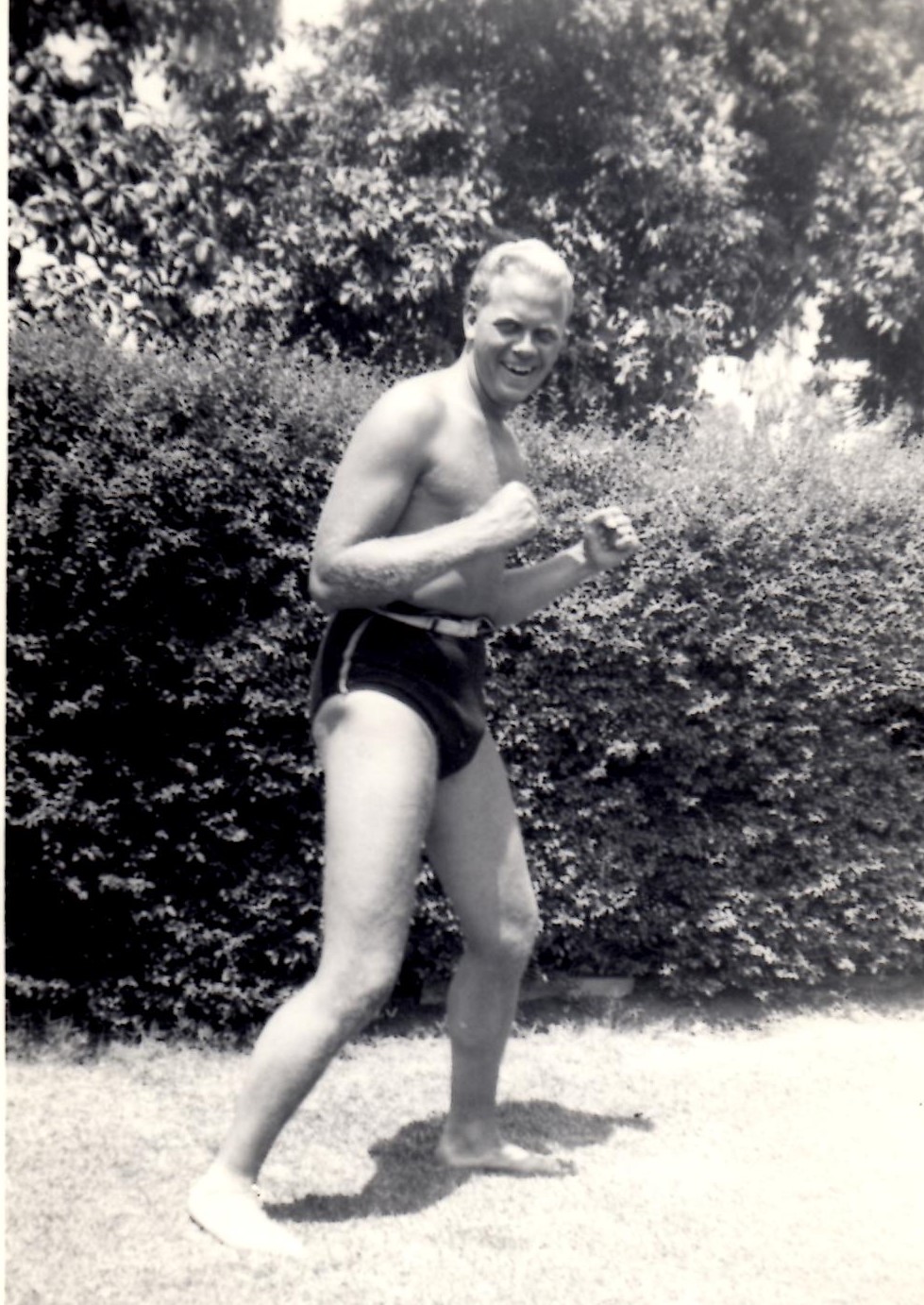 This is a great candid of “Big John” Strong.  He was 6’5″.   At this point, that’s all we have been able to find about him.  Would love to get any further information on Johnny Strong.  There’s a lot of other photos of him in the album, with possibly his wife and relatives. although none related to Hollywood as far as I can tell. A couple of the photos were taken in the Bel Air vicinity. 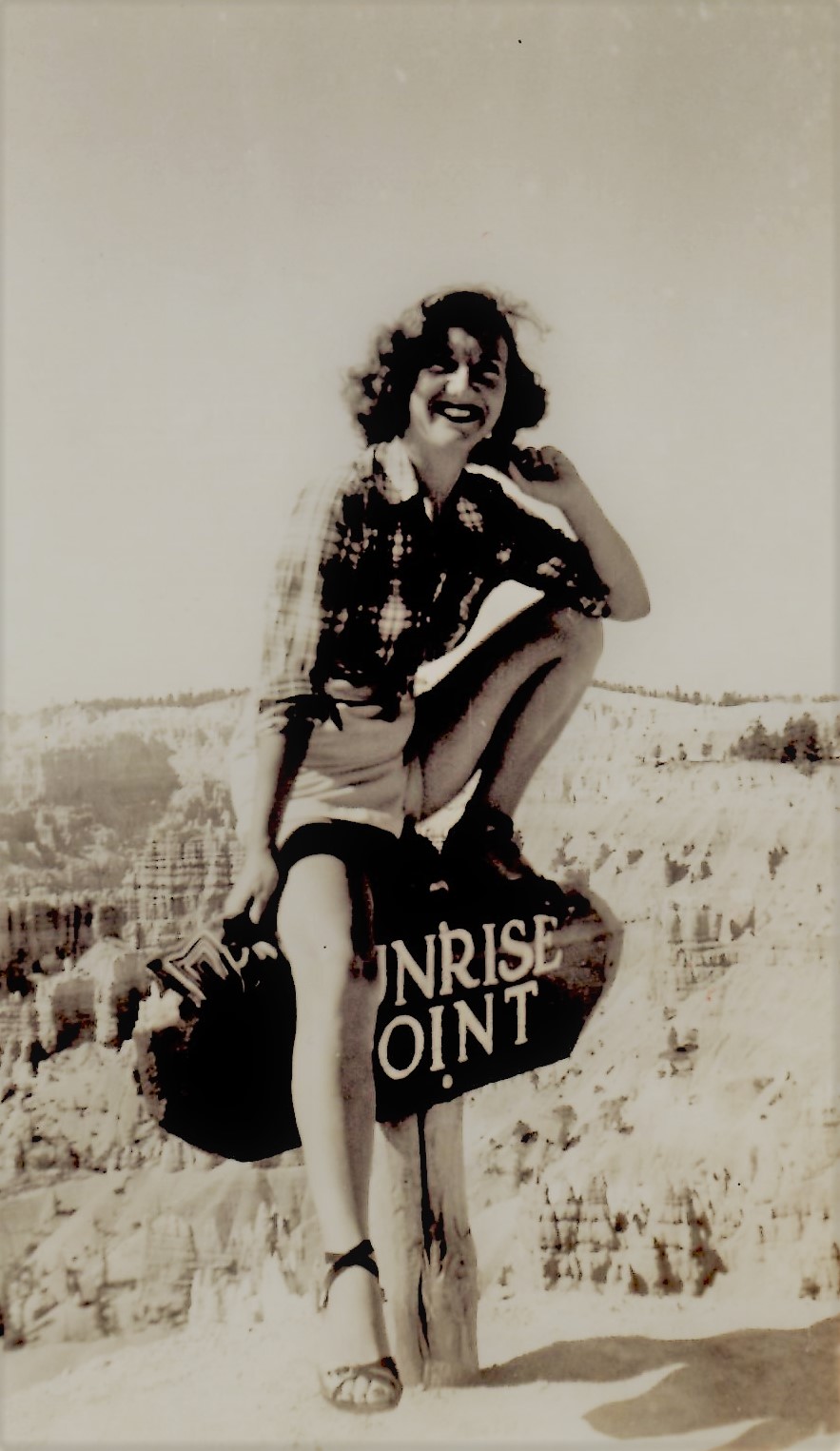 I believe this is Johhny Strong’s wife, taken on a trip to Utah.