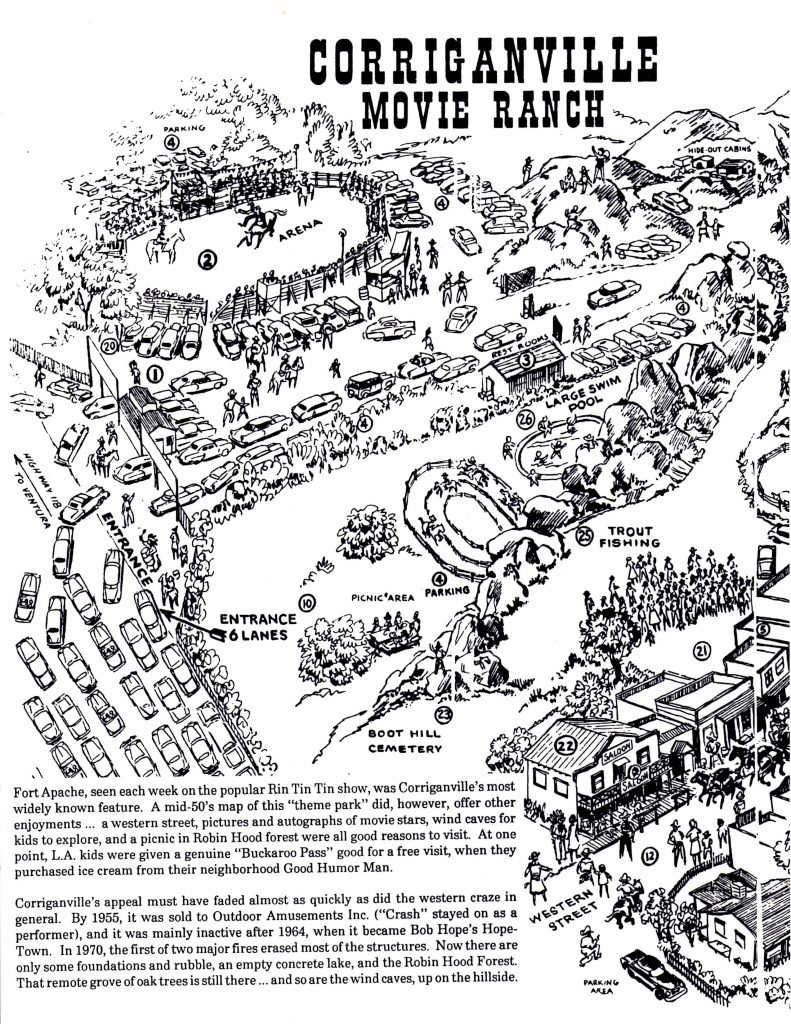 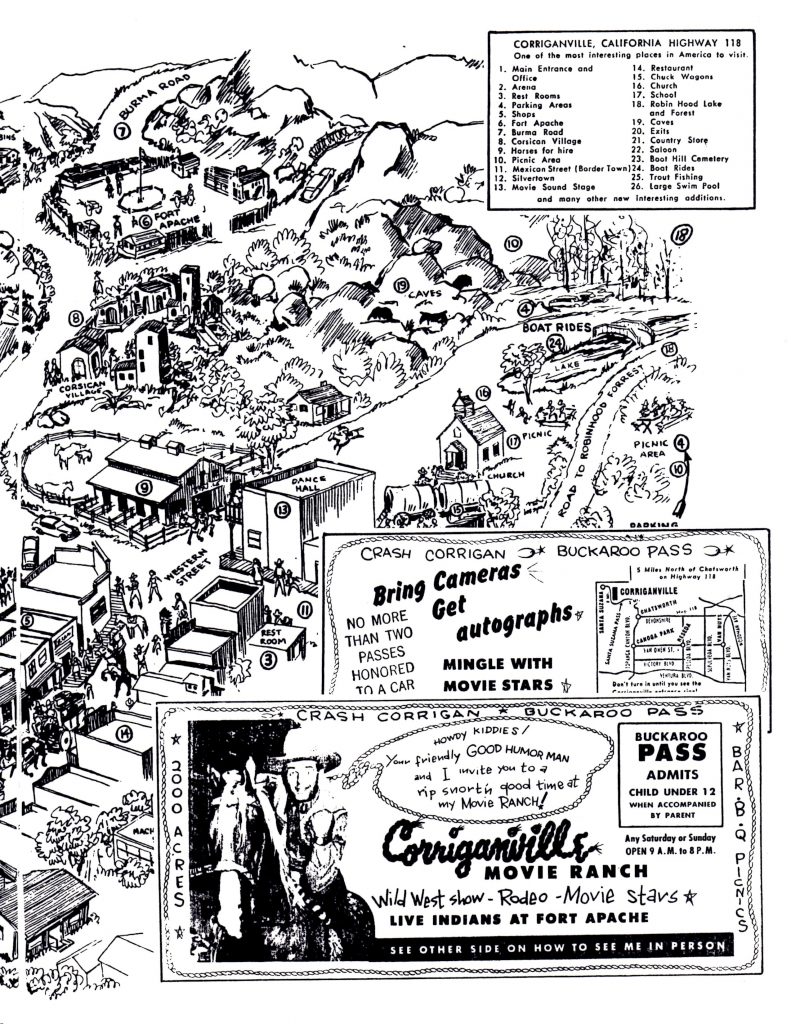 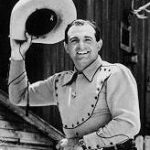 Back in the 1970s  a great Western Movie Show came to Los Angeles, I think it was at the old Biltmore Hotel in Dowtown Los Angeles.  Almost all my childhood heroes were there, Lash La Rue, Crash Corrigan, and many of the gals and guys who played in the old Chapter Serials.  I had a chance to chat with Ray Corrigan for a while.  I had been to his movie ranch and was thrilled to meet him.  We spoke for about a half hour, and I can say he was no fan of Bob Hope, who had purchased the property around 1966, and added it to his huge real estate holdings in the San Fernando Valley.  It was the first time I had heard anything negative about Hope, but it was not the last.  His well-funded Public Relations machine keeps up the Hope image long after his death, naming streets, post offices, and re-naming the Burbank airport in his name.  Meanwhile, sadly,  Corrigan lies in an unmarked grave in Inglewood.