Manson Confidential – Timeline of the Damned

Interviews and books of recent times have revealed an interesting web of love, sex, fear, murder and bad behavior. Here’s a few bullet points on the Nihilism Timeline: 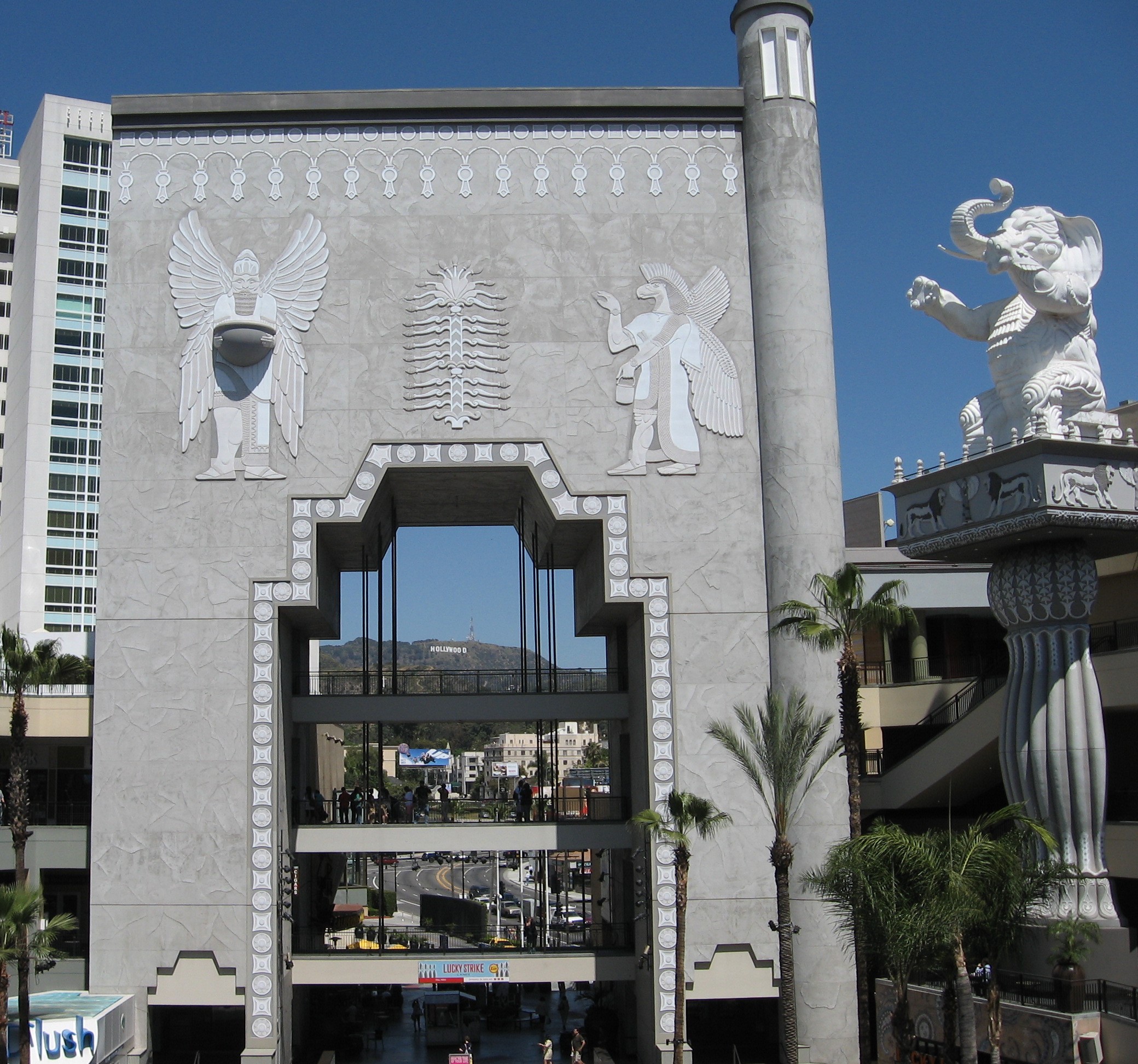 Babylon Court. Standing at the Cornerstone of the Masonic Temple Across the street reveals the Hollywood sign in the exact center.

–1959. Charles Manson operating a bogus talent agency, 3 Star Enterprises, out of Apt. 306, 6871 Franklin Ave. (Next door to Magic Castle, the apartments were owned by the Glover family. Later torn down for parking for Magic Castle.) Manson was pimping a 16 year old girl, whom he soon married so she could not testify against him in court.

–Early 1960s.  Laurence Merrick, an Israeli Zionist fundraiser, comes to Hollywood with his wife Joan Huntington.  They open The Merrick Studio Academy of Dramatic Arts to teach acting.  Sharon Tate is one of their students.  Their Studio, at 870 N. Vine St. in Hollywood, is very successful and receives “government” funding.  The Merricks bought a house in Beverly Hills.

–1964. Jay Sebring meets Bruce Lee at a Karate event in Long Beach. Helps start his career by getting him a television role in the Green Hornet TV show.

–1965. Vincent Bugliosi claimed that his milkman had seduced his wife and that his first-born child was actually not his.

–1968 Victoria Vetri (as Angelea Dorian) had a part in “Rosemary’s Baby”. Victoria was a Playmate Centerfold model in 1967 and Playmate of the year in 1968. She became  good friends with Roman Polanski and Sharon Tate. 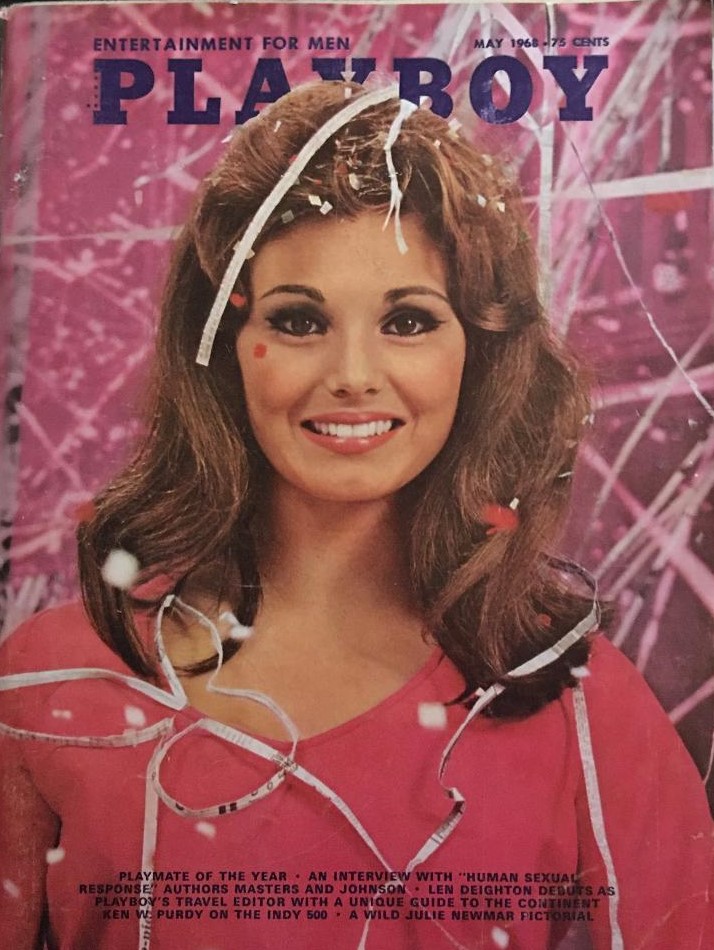 Victoria Vetri on the cover of Playboy Magazine as Playmate of the year.

–Her ex-husband Bruce Rathgeb claimed that Victoria had “threesomes” with Sharon and Roman.

–In an interview in 2007, actor Christopher Jones talked about 1969 when he was working on a film in Italy. His manager, Rudy Altobelli brought Sharon Tate with him to Rome. Sharon was six weeks pregnant by her husband Roman Polanski.

–Rudy Altobelli owned the 10050 Cielo Drive house that Roman and Sharon rented from him.

–Sharon and Christopher Jones had a brief but torrid affair. Christopher was nervious about it because she was a married and pregnant woman. Sharon told him “not to worry about Roman.”

–During the course of their fling, Sharon told Christopher that “The Devil is Beautiful. Most people think he’s ugly, but he’s not.”

–Christopher Jones went next to Ireland to make “Ryan’s Daughter”. He met Olivia Hussey, who came to Ireland and stayed with him during the filming. She claimed he would at times slap and punch her.

–Two weeks before Sharon was murdered, Victoria Vetri was at her house on Cielo Drive, and according to her ex-husband Bruce Rathgeb, Charles Manson came by looking for Terry Melcher. Someone, maybe Victoria, made a comment that Manson looked “creepy”. Victoria was later afraid that the remark was overheard by Manson, triggering the murder spree.

–Spring 1968. Dennis Wilson picks up 2 of the Manson girls hitchhiking. This leads to the entire Manson Family moving into Dennis’ home where they stayed the summer. Sex, music and LSD.

–Spring 1968. Dennis Wilson seduces his cousin Mike Love’s wife Suzanne. They have an adulteress affair. While Mike is out of town, Dennis brings Susan Atkins of the Manson Family to Mike’s house to babysit Mike’s two young kids while Dennis and Suzanne are out having fun.

–1969.  Laurence Merrick filmed Black Angels, about  a white motorcycle gang (Satan’s Serpents) fighting a black motorcycle gang (The Choppers).  Filmed at the Paramount Ranch in Agoura, some of the Manson family came by to watch.  This gave Merrick an introduction to film the Manson family with a 16mm camera at the Spahn Ranch, Devil’s Canyon, the Barker Ranch, and later the Hall of Justice during the trials. 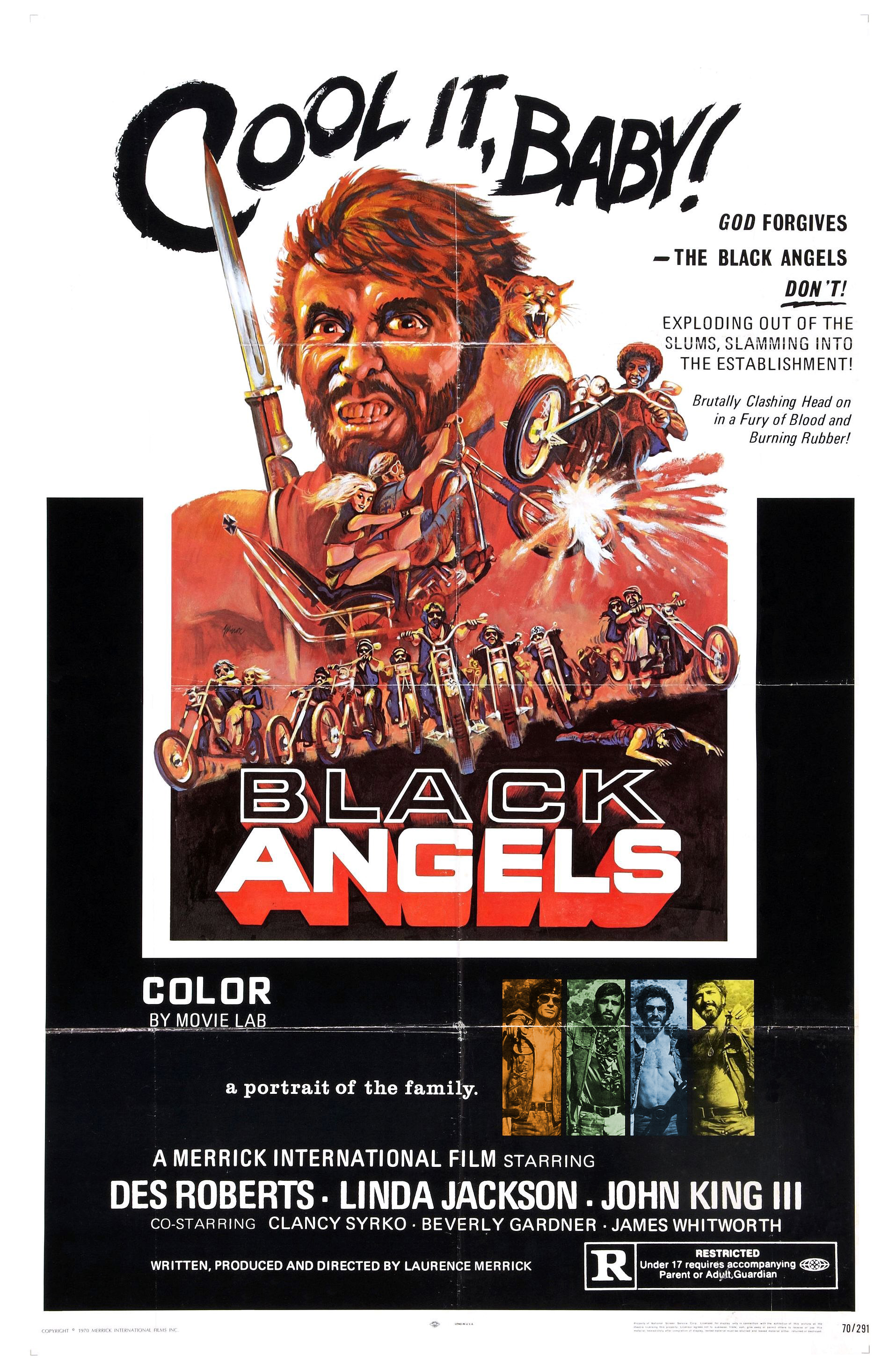 –May 18, 1969.  Terry Melcher visited the Spahn Ranch to hear Manson and his friends play music for the possibility of  arranging something professional.

–June 1969. Tex Watson living at 6933 Franklin with pretty girlfriend Rosina Kroner. He goes back and forth to Spahn Ranch.

–July 1, 1969. Tex Watson rips off drug dealer Bernard Crowe for $2500. Crowe threatens to come out to the ranch and kill everyone there if he doesn’t get his money back. Manson goes to Franklin apartments and Manson shoots Crowe, leaving him for dead.

–August 5, 1969. Reports of a “Satanic” party at the Cielo house. A drug dealer who burned Sebring for $2,000 in bad drugs was stripped naked, tied to a post and whipped, among other things.

–August 7, 1969. According to James Markham, Jay Sebring’s partner, Manson went to the Cielo house to sell cocaine and marijuana to Sebring and Frykowski. A dispute led to Manson getting beat up by the two and thrown off the property. He said his partner Sebring was known as “the Candyman” for his drug dealing to the Stars.

–August 8, 1969 afternoon. Sebring sends Frykowski on an errand to pick up his girlfriend Suzan Peterson who had spent the night with Sebring at his house, and take her home to her apartment on Horn Ave. in West Hollywood. Did Suzan know Bernard Crowe who lived at 1211 Horn? If so, did Crowe tell her that Manson had shot him, and did she inform her boyfriend Sebring?

–August 8, 1969, Victoria Vetri was at the Cielo house and was planning to stay for dinner, but fell ill and went home.

Dinner at 8. Death at Midnight

–August 9, 1969. Tex Watson and other Manson Family members murder Sharon Tate and 4 others at the Cielo Drive house. When entering the house, Watson tells Sharon “I am the Devil. I am here to do the Devil’s business.”

––August 13, 1969 Los Angeles Sheriff’s conduct the biggest raid in L.A. History at Spahn Ranch. Manson and others arrested but mysteriously released the next day. Word that the warrant had the wrong date was a lie.  Tom O’Neill’s new book “Chaos” settles that one and much, much more.

–Roman Polanski returns from London after his wife Sharon Tate is murdered. Victoria Vetri is terribly frightened and is afraid that whoever killed Sharon would be looking to kill her for some reason. Roman gives Victoria a Glock 9mm pistol.

–After Christopher Jones finished filming in Ireland he moved to Los Angeles. He stayed in the guest house behind the main house on Cielo Drive where Sharon Tate was murdered. Rudy Altobelli owned the house, and later moved into the main house and stayed for 20 years.

–Barely one month after Sharon was murdered, Olivia Hussey moved into the main house on Cielo Drive. Her agent was also Rudy Altobelli.

–Back in Los Angeles, Olivia briefly dated Terry Melcher. “He was a sweetheart but was really fucked up.”

–Olivia claimed that she was violently raped at the house by her ex-boyfriend Christopher Jones. She became pregnant and had an abortion.

–Late August 1969. Tenants at Franklin Apartments said cops were all over the place, impounding VW’s that were evidently hidden in the parking lot, being moved from Spahn Ranch by the Manson Family.

–October 4, 1969. Dianne Linkletter “suicide” by jumping from her 6th floor window. Allegedly on a bad LSD trip. She lived at 8787 Shoreham Drive, across the street from 1211 Horn.

–April 13, 1970.  Rudi Altobelli sues the Sharon Tate Estate for $15,000 in damages to the property (consisting of Sharon’s blood and the blood and gore of the other victims) and “at least $30,000 in damages” because Folger and Frykowski were living there in violation of the lease.  The Sharon Tate Estate was only worth a little over $45,000, according to documents published on www.mansonblog.com.

–1972 (?) A Grand Jury in L.A. Indicts Bugliosi for lying. This is squashed by the D.A.’s office who fears it would over-turn the Manson Family convictions.

–1973 The documentary “Manson” is released.  Co-directed by Robert Hendrickson and Laurence Merrick, it has footage that Merrick took both before and after the Tate-LaBianca murders, including filming at the Spahn ranch.  The documentary was nominated for an Academy Award.

–June 25, 1973 Vincent Bugliosi’s mistress, Virginia Cardwell had become pregnant. He demanded that she get an abortion and gave her $450 for the operation. She decided not to get the abortion (because she was a good Catholic lady), and when Bugliosi found this out he beat her so badly that she had a miscarriage. “He choked her, struck her in the face several times with his fists, threw her onto the floor, picked her up by her hair and threatened to kill her if she had the baby. I will break every bone in your body,” he allegedly told her.  He engaged in what amounted to a cover-up and was never charged with the murder of her unborn child. He later paid her a sum of money to end legal proceedings.

–January 26, 1977.  An unknown assailant gunned down Laurence Merrick at his Studio on Vine Street in Hollywood in broad daylight.

–In 1977 Roman Polanski was convicted of raping a 13 year old girl. He fled the country

–October 3, 1981 Dennis Mignano calls the San Jose Police Department to confess that he had killed Laurence Merrick. He was arrested and brought to Los Angeles for trial.

–1982. Dennis Wilson meets 17 year old Shawn Love, allegedly Mike Love’s daughter from his brief fling with a Secretary. (No DNA test on this).

–November 20, 1982 Dennis Mignano is found Not Guilty by reason of insanity in the murder of Laurence Merrick.  He claimed that “Black Magic” spells were cast on him when he applied to attend Merrick Studios to study acting.  He is sent to a psychiatric institution.

–July 1983. Shawn Love and Dennis Wilson get married. It does not last long.

–March 1990.  Alisa Statman, a young 21 year old director, leases the Cielo Drive house.  She meets Manson Behind the Scenes author Bill Nelson and agrees to help him on a film project about the Manson Family.  Nelson and Statman meet retired LAPD Detective Lt. Earl Deemer who has a large collection of Manson memorabilia.  Alisa steals slides and negatives from Lt. Deemer showing Sharon Tate,  Sebring and Frykowski at Cielo Drive around August 5, 1969. (How did Deemer get them if they were booked as evidence?)  She sends copies to Sharon’s sister Patti Tate, later meets Patti and begins a romantic lesbian relationship with her.

–1994.  The house on Cielo Drive was demolished.  It was rebuilt on another part of the lot and given a new address.

–June 3, 2000.  Patti Tate dies of breast cancer at her Palos Verdes home where she lived with Alisa Statman and her 3 children.  Alisa purchases the house and continues to raise Patti’s children.

–– October 16, 2010. Victoria Vetri, for years freightened of Manson, during an argument somehow thought that her husband Bruce Rathgeb was Charles Manson. She shot him in the back with the 9mm Glock pistol given to her by Roman Polanski. Rathgeb, before he passed out uncounscious, heard her say “No more Charlie, no more Charlie.” She was later sentenced to 9 years in prison for attempted voluntary manslaughter.

–March 2016. While in Prison, Victoria Vetri files for divorce from Bruce Rathgeb.

–July, 2018. Victoria Vetri released from Prison and appeared at the Hollywood memorabilia show to sign autographs. Victoria, the beautiful actress, according to her ex-husband, suffered much fear over the years from Manson. 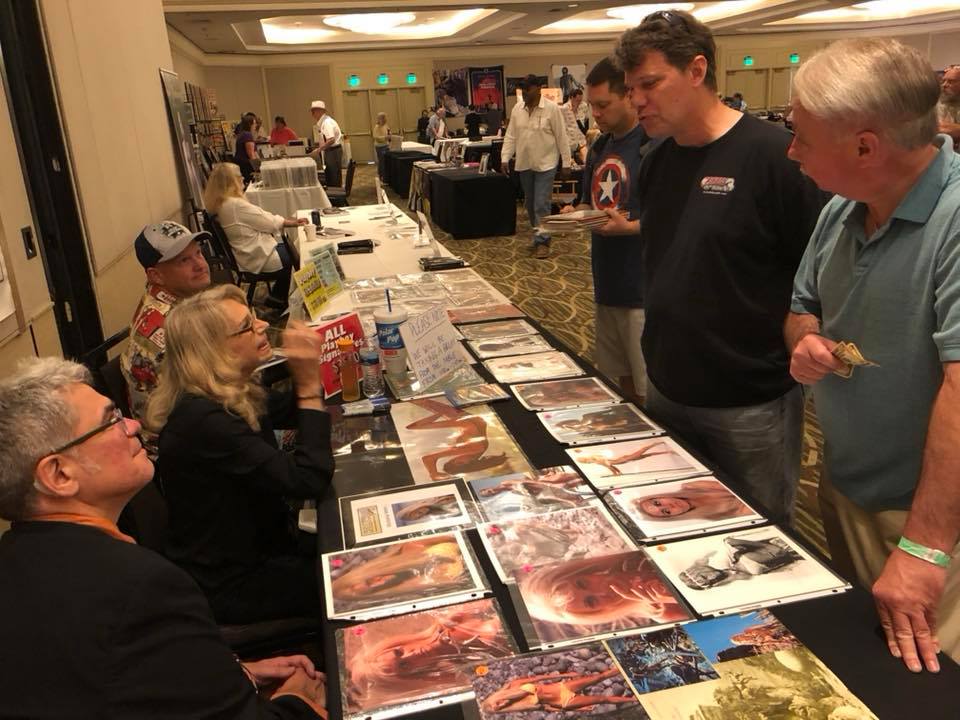 –Roman Polanski is still in exile.

–The 1977 murder of Michelle Mignano, sister of killer Dennis Mignano, is still unsolved in San Jose.

And as with all things, by its fruits shall ye know humanity. And humanity’s fruits are foul; bruised and bitter, and rotten to the core. And humanity’s home is the earth, and the earth is Hell.
Satan is free for His work is done. Satan is no longer the Devil, for He has passed the poison on to that which chose to take it and become it.
Now there is nothing more evil in the universe than man.
His world is Hell, and he himself the Devil.

–The Process Church of the Final Judgment, 1968

2 Responses to Manson Confidential – Timeline of the Damned