After days of Protest Marches, which were noisy but peaceful, the Police forces in Southern California lost control of the area cities as looters and criminals followed the protest marches into the streets and took advantage of the chaos.  The National Guard has been called in to restore order.  Businesses and buildings from Hollywood to Santa Monica were burned to the ground, looted, and damaged.  It is a sad situation, as most of the businesses were mom and pop operations, already reeling from the shutdown of months by the Governor and L.A.’s Mayor.  Many hundreds of them will never reopen, and if the situation does not improve, the general situation, already at a critical stage, will result in the complete collapse of the commercial sectors.  Below are some photos and more video from the Hollywood area. 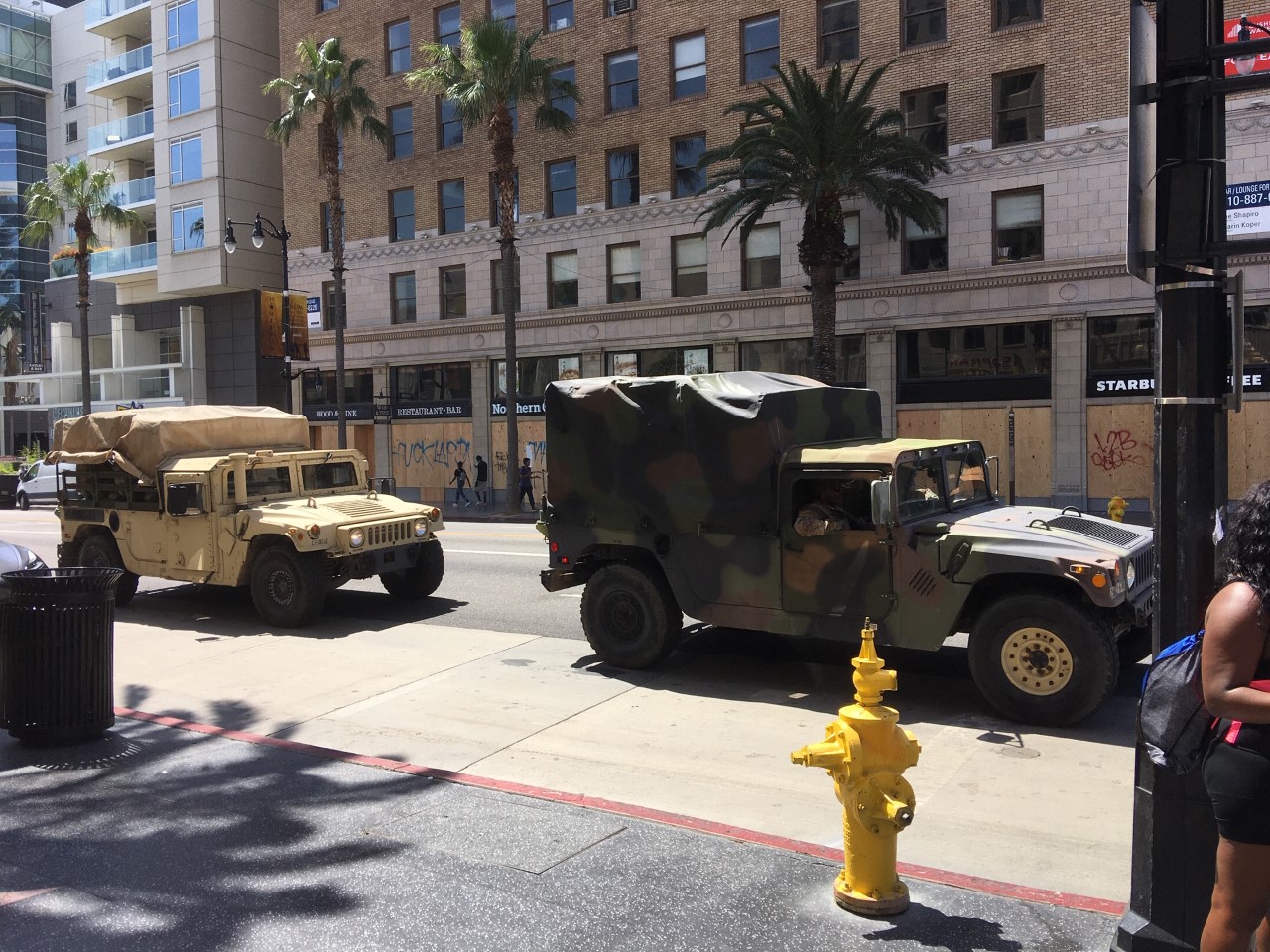