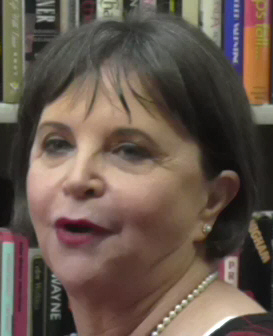 A playful, vivacious Cindy Williams met up with many of her loving fans at Larry Edmunds Bookshop in Hollywood Tuesday night, June 16th.  She talked about her career in film and television, took questions from the audience, showed an episode of The Laverne & Shirley show, and signed copies of her new book “Shirley, I Jest.”  Wow, what a great evening! 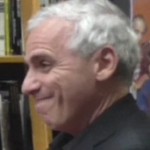 Hosting this fantastic free event was the wonderful film historian Herbie J. Pilato, a friend of Cindy’s, and author of many books on Hollywood, including “Twitch Upon a Star – the Bewitched Life and Career of Elizabeth Montgomery”, “Glamour, Gidgets, and the Girl Next Door”, “Kung Fu Book of Caine”, and many others.  The reason that events like this are so popular at Larry Edmunds, is that unlike a book signing at some of the big chain stores, the atmosphere is very intimate, everyone gets a chance to ask questions as well as getting a personalized copy of the book signed by the author. 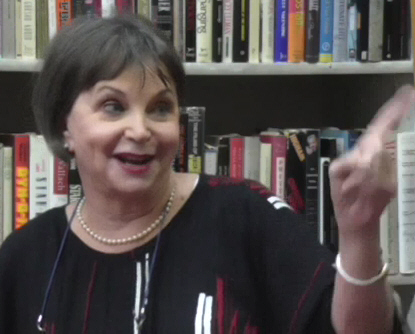 The only thing missing is the popcorn.  Jeff, the head honcho of Larry Edmunds, usually shows a film or episode related to the event.  In this case it was an episode of Laverne & Shirley, called Dating Slump.  This is from the very first season, Episode 9, and the story revolves around Shirley’s problem getting a date.  She goes into a slump and begins to act in a bizarre manner around the apartment, taking the telephone apart and other strange things.  Laverne finally arranges a double-date for them, but it turns out the guys are both bus drivers.  With their dates driving the bus, the girls have to ride with them, picking up fares on the way,  to their destination, which is a seedy pool hall.  The hilarious episodes of the show always take twists and turns, nobody knows where it’s going to end up, which is part of the brilliance of the story lines.  The comedic charisma between Cindy and Penny Marshall is equal to any of the greatest comedy teams on a television series – it’s the real thing, something that can’t be faked.  Many of the Laverne & Shirley episodes are free to watch on youtube.com, click here to see Dating Slump.  Cindy Williams is a home-town gal, born in Van Nuys and a graduate of Los Angeles City College and their Theater Arts program.

It was such a treat for fans to spend the evening with Cindy Williams and Herbie Pilato.  Please show your appreciation to Larry Edmunds Bookshop for these great events.  If you would like a copy of Cindy’s new book, “Shirley, I Jest,” you can order it directly by calling the book shop at 323-463-3273, or click here to go to the Larry Edmunds website.  They may still have signed copies available.  By getting the book from Larry Edmunds you help to allow them to continue to put on so many of these great free events.  We all know that there are places on the internet that flog used copies for cheap, but it’s not the same as actually being in the room with the author and being able to ask questions and interact.  These events in themselves become cherished memories.  Also, when you get a signed copy of a book from Larry Edmunds, you know that it is a real signature.  There has been a lot of chatter over the years by fans who have purchased so-called signed copies of photos and books and found out later that the signature is phoney.  And fans should know that when a celebrity is at Larry Edmunds, it is permissible to bring one or two other items to get signed, along with the purchased book.  Ya can’t do that through the mail!  Watch the website for upcoming events, they hope to see you there!

To watch the entire event at Larry Edmunds click on the box below: 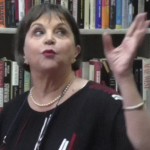 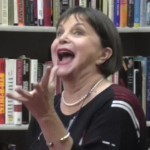 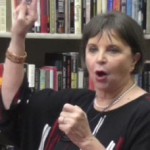 This entry was posted in Books, Celebrities, Events. Bookmark the permalink.