Grandma Was A Hollywood Script Girl 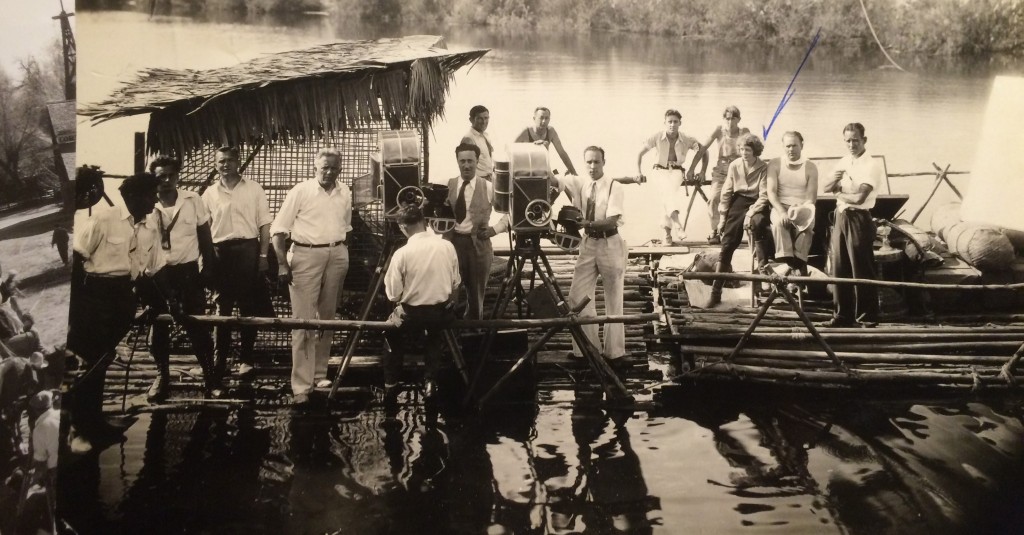 East of Java – Aileen Webster is probably the only woman on the set, background right.

One of the strange things about American family culture is that most families spend almost no time talking about their relatives, even immediate family members.  Everyone is so busy trying to survive, go to school, work, participate in sports, dating and social activities, that the history, disappointments, achievements, and life stories of other family members are never dealt with.  When most kids are growing up, they might hear a few snippets, usually by accidental eavesdropping at the dinner table, about old grandpa Fred, who invented something or other,  or old aunt Betty who was a famous high-school athlete.  Rarely does a family take the time to get together every so often and give updates on what other members of the family, sometimes living in distant locations, are doing with their lives.  In some other cultures the dead family members are honored, as are the memories of what they did.  Most Americans have lost this.  Maybe it’s the result of the dis-integration of the so-called atomic family structure.  Ask a lot of young folks today, and many just don’t care about their past relatives, they are focused on themselves and immediate surroundings only.

Putting the family history in the trash.

Over the years I have been to thousands of estate sales and yard sales.  One thing that I began to notice is that family photo albums, documents, papers, history, and other memorabilia is frequently discarded- usually to be found in the trash cans.  The typical scenario is that the old folks die, the “kids” zoom in from out of town and dump everything out in the trash or estate sale, sell the house and pocket the money and any other valuables like jewelry, cash, paintings, and then scoot back to where they came from.  Save the family photos albums?  Naw, just keep one or two photos of mom or pop, that’s enough.  It makes you think that our culture must be so shallow that it’s not worth even giving it a second thought. 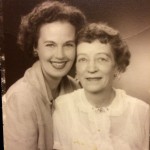 A few of us, though, as we age, realize that it sure would have been nice to be able to talk to Grandma about her life, but she lived on the other side of the country and died 20 years ago.  My friend Julie has recently had that “moment” when she unearthed some old boxes of photos and letters that she had rescued from the trash from one part of her family.  Julie’s family has a lot of Hollywood connections.  It started with her Grandmother, Aileen Webster, whose husband died at an early age and left her with two children, Charleen and Nicholas.  To make ends meet she somehow got a job as a script girl, and ended up working with director Tod Browning for 9 years.  Her daughter Charleen also worked in Hollywood as a showgirl, and was a friend of many Hollywood folks, including William Saroyan. 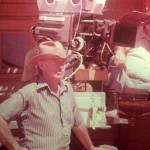 Her son, Nicholas, became a filmmaker, winning awards for documentary films.  He wrote an entertaining book on his life filming documentaries called “How To Sleep on a Camel“.  One of Nick’s daughters, Cynthia Webster, owns a movie studio in Glendale, California, covered by WhatUpHollywood in a previous article (click here).  His daughter Julie, a teacher, helps out filming videos at WhatUpHollywood.

Who is left to sing my song? 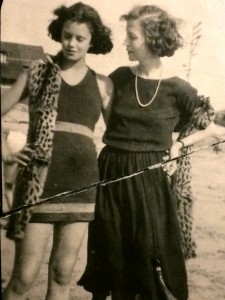 Looking through the box of old photos that Grandmother Aileen Webster had saved, brought up a mountain of questions.  What stories she could have told.  She worked on Dracula.  She worked on Freaks.  She was with Mr. Browning for years, and his life was really tumultuous.  She was there with him at many of the key moments.  Sadly, unless we can get someone to do a seance, we will never hear her stories- she died years ago.  We don’t have a diary.  Both her children, Charleen and Nicholas are dead. Like some of the Native American Chiefs said after their defeat in the so-called Indian wars: “Who is left to sing my song?”   Many of their stories were lost forever. So let this be a lesson to all who read this.  Get the facts and photos from your relatives as soon as you can, because nobody lives forever.  At least in this case we do have some pretty interesting old photos to share with our Hollywood fans.  So here goes: 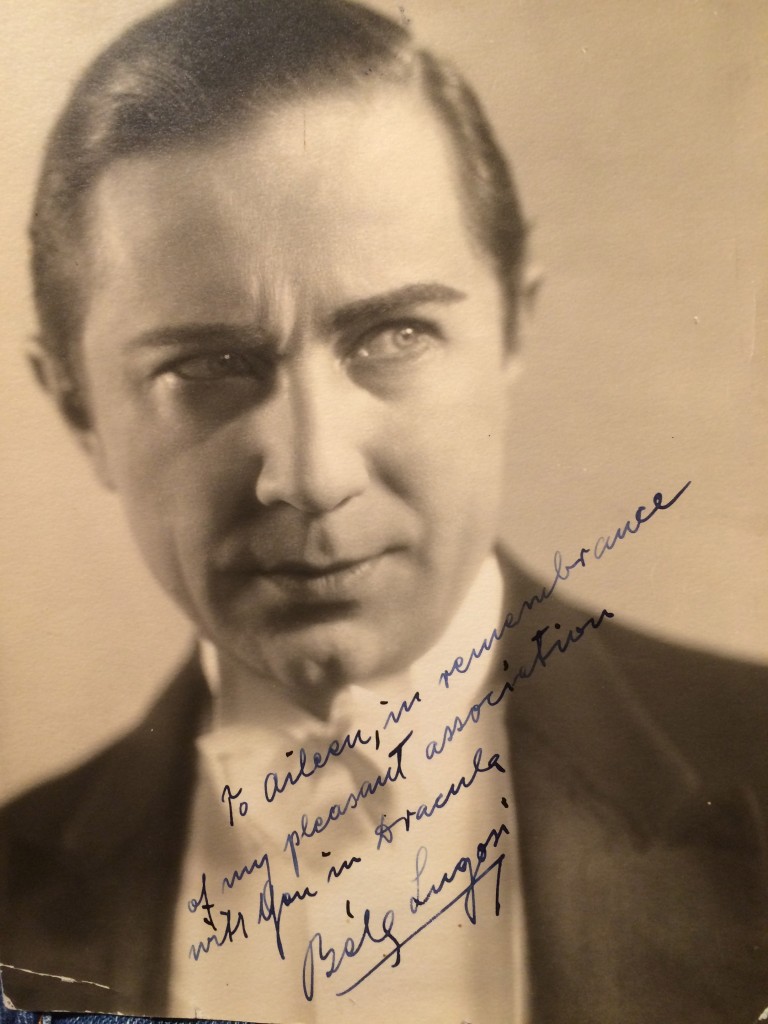 A great photo signed to Aileen by the master of the horror movie.  Imagine being on the set with him during the filming of Dracula! 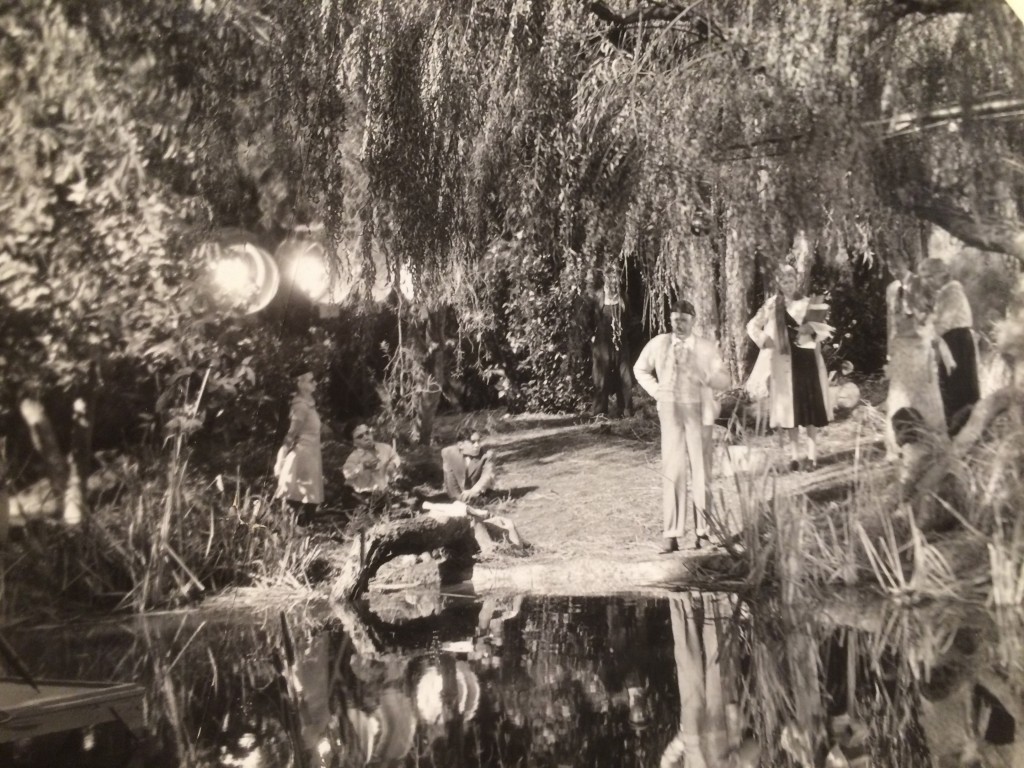 Script Supervisor Aileen Webster is in the background at right, behind Mr. Browning in this wonderful set shot. 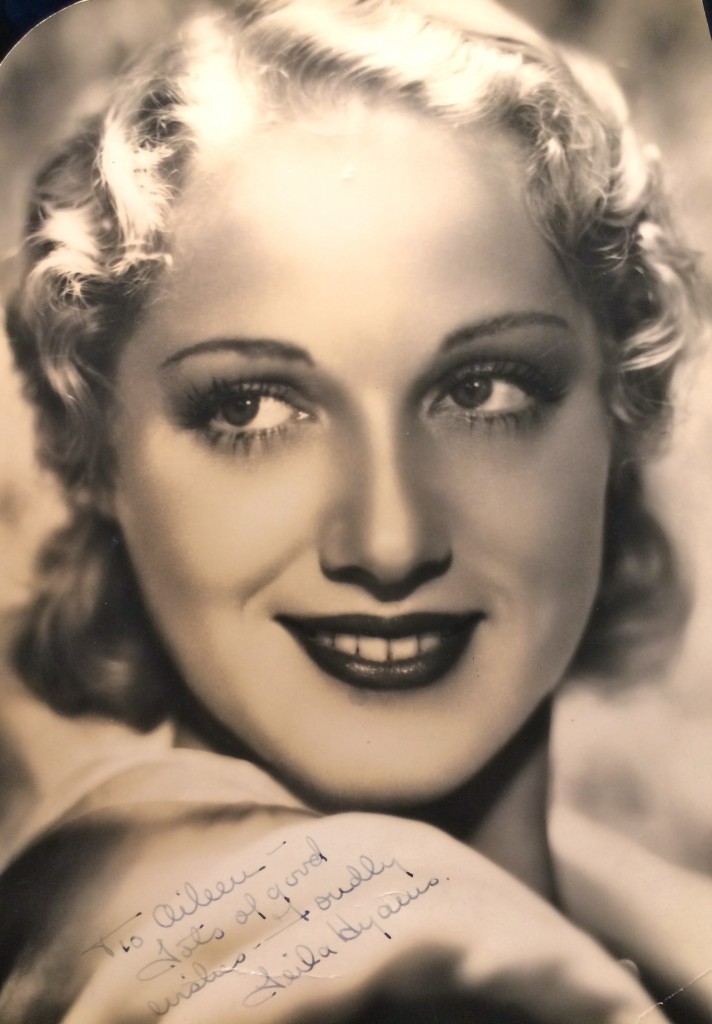 A Hurrell photo of Leila Hyams, one of the stars in “Freaks”

A nice signed photo to Aileen.  Her son Nicholas Webster worked for photographer George Hurrell probably after graduation from Hollywood High School.  He learned about photography and lighting from one of the greatest Hollywood photographers of all time. 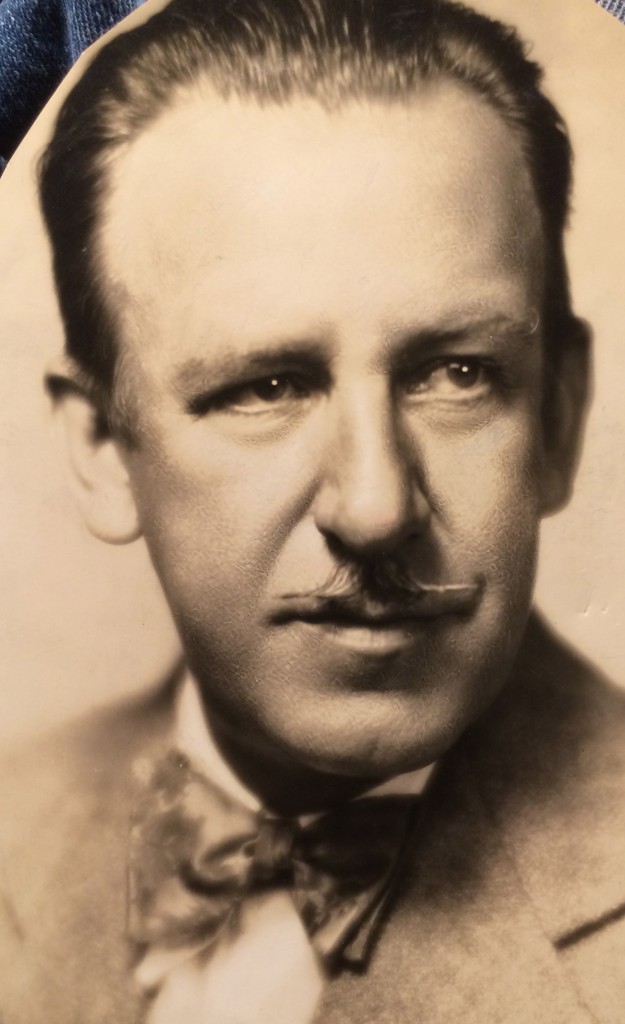 Aileen Webster was his script supervisor for 9 years.  Unless a diary turns up, the stories, the secrets, the drama of this man’s life as they related to her, are lost forever. 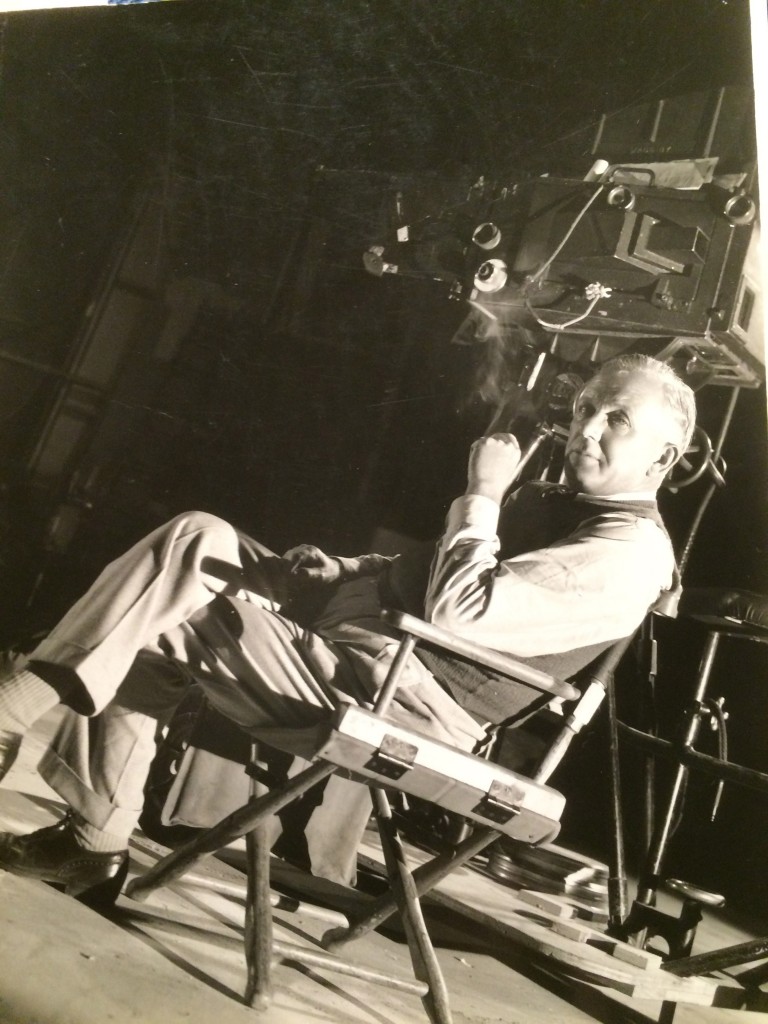 He also Directed the famous Valentino epoch “The Sheik” (1921) 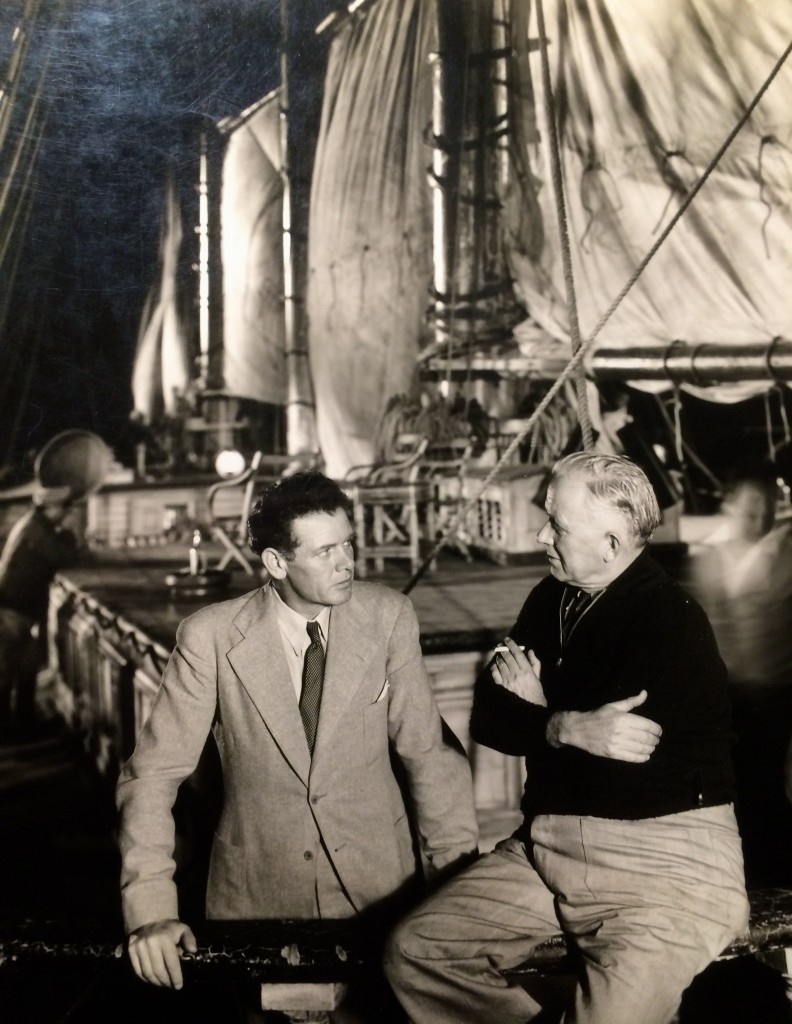 A great shot of Charles Bickford talking things over with director George Melford, East of Java.

That’s all for now folks, hope you liked Julie’s family photos.  We may post some more photos of the fascinating Webster family in the future.

One Response to Memories of old Hollywood